Meet Audrey McLaren, one of our Desmos Fellows. Audrey worked in classrooms like many of you. Four walls and a door. Gum under the desks. Then she joined the non-profit LearnQuebec, which supports the education of students in remote areas of her province in Canada.

In towns and villages with very few students and even fewer teachers, the local school system can’t afford to hire teachers for advanced math and science classes where there might only be one student. So Audrey and a small team of teachers have been teaching for the last 12 years exclusively online. We interviewed her this week hoping to share with you some of the secrets to her success. 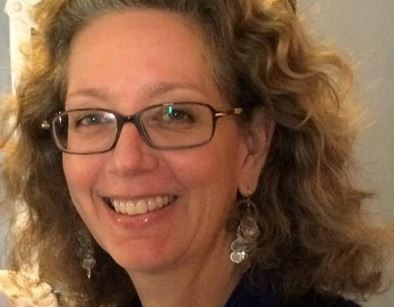 We learned that Audrey and her colleagues attend closely to their relationship with their students and very strategically develop classroom community right from the start. Audrey uses Zoom, a video call platform, and creates community in stages.

“Students are initially reticent to share about themselves,” Audrey says, “but they love sharing about their pets.” One day, she asked a student to show off a pet that the class saw in the background of their video call. Later, a student emailed in a photo of their pet, which Audrey showed off at the start of another class. Then another student and another. “You’ve cracked the community code when you get them to share their pets,” says Audrey.

She also teaches content through community. She’ll pass the annotation pen tool over to several students, ask them to draw an example of a mathematical object, like a parabola, and then ask the rest of the class questions to compare and contrast those objects. For example, “Which of these have x-intercepts?”. “Using their work helps make connections,” Audrey says. “The work belongs to someone.”

She offers encouragement to educators undergoing social distancing and school closure: “Don’t try to do the most fantastic job with the content. Focus on connections. Take your time getting comfortable and give your students time as well. Some of them will need a lot of care. Don’t stress out over factoring yet. Let yourself be human and let your students be human, and the learning will find a way.”