As we’ve said before, there’s nothing that motivates us like hearing from real users. Last week we received a note from Bob Lochel, a Philadelphia teacher who combined Desmos, a conics lesson, and his students’ creativity in an artistic Algebra II project.

Thanks to Desmos’ ability to save graphs for users to return to later, his students were able to begin their projects in the classroom, but then really let their ideas fly when they revisited their work at home, at their own pace.

One of my favorite math projects takes place during our unit on conic sections in Algebra II. In the project, students are challenged to manipulate equations of conics and graph them using software to make pictures. I started with this project 12 years ago when a colleague, who has since retired, introduced me to his ideas. Back then, we used a DOS program which could only graph in black, cyan and magenta. We were happy if we saw a tree made from a hyperbola and a parabola leaf line.

The project grew new wings with a program called Math Toolkit, which allowed for finer graphing and the ability to save work. Later, we started using Print Screen to grab the graphs and move them into MS Paint. The projects grew more intricate, and many kids took off with their creativity.

This year, the Desmos online calculator brought the project to a new level. Students this year could work on their equations at home, save work, and work with their teacher during time allotted in class. Thanks to Kevin for working with his class to share their creations.

First up is Kristin. Her project moves from Desmos to Paint. Then un-needed pieces are removed, and the final product emerges. 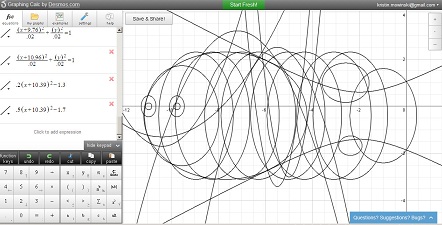 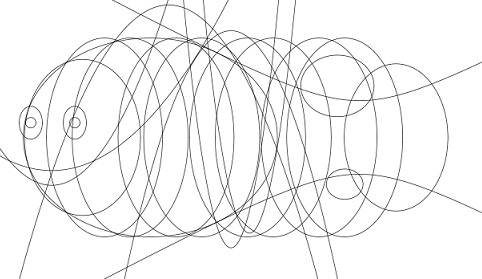 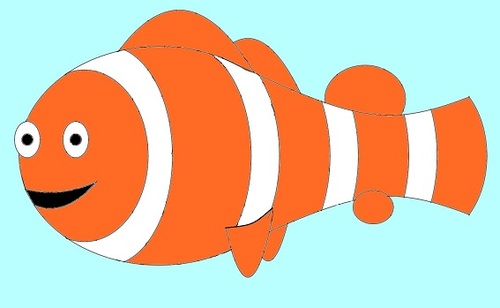 Next up is Matt. Here are his graphs after the axes and grid were removed…. 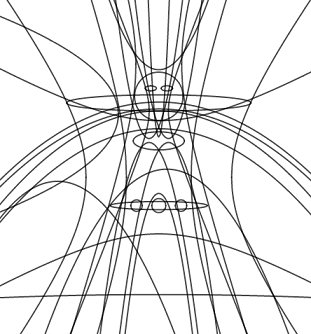 Any ideas what the finished product will be?

Did you guess yet?

To see the final graph, read the rest of this post, or contact Bob for lesson plans, click here: mathcoachblog
Thanks to Bob for sharing this lesson, and Kevin and his Algebra II class for inspiring us with their skills!